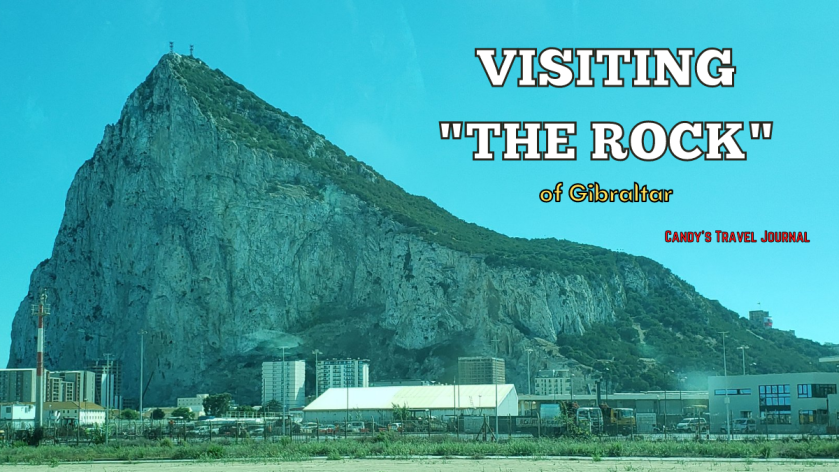 Yes, you read correctly. My day trip to Gibraltar, one of the locations on my travel bucket list, was the worst day trip I’ve ever experienced.

I’ve dreamed of seeing The Rock of Gibraltar in person ever since I watched the first Prudential Financial’s commercial featuring The Rock. Life, of course, threw a few obstacles in the way, but finally in late 2021, I made it my mission during my Málaga Adventure to spend the day in Gibraltar.

Luckily for me, my resort – Los Amigos Beach Club, offered various day tours, one of which was to Gibraltar. The price was a bit steep at €55, yet I felt it was worth it since the bus would pick me up and return me to the resort. Thus, I didn’t have to take multiple trains and buses to Gibraltar.

Hindsight is always 20/20, and taking a combination of train and a bus from the city might have been a better way to go.

The worst day trip began with me missing the bus because I was given the wrong pickup location. I was told to meet at the bus stop just outside the resort, and the bus will pick me up there at 8 a.m. So there I stood at 8 a.m. waiting for the bus.

The bus didn’t show. I stood there for about 15 minutes, just in case, but still no bus. So I called the reception desk and the nice gentleman admitted their mistake. Since I’d missed the bus, I was initially told that I wouldn’t be able to go on the trip. 😡

Oh, and even though it was their mistake, I wouldn’t get a refund. 😡

Yeah – that didn’t fly! After a few choice words – delivered very professionally despite my anger- the gentleman at reception offered to give me a ride to the next bus stop so I could catch the original bus. An hour later, I was on the bus and continued with the tour.

The rest of the trip could only get better right?

Our tour guide, Alejandro, wasn’t a bad guide. He was TERRIBLE. I don’t know if this was because this was his first tour since the COVID pandemic hit, or if he is just terrible period. During the entire bus ride, he mumbled about the history of Spain and Gibraltar, stumbling over words and just didn’t seem to be very enthusiastic to be back at work.

I resigned myself to taking photos along the way since I just couldn’t get into the history portion.

We finally reached Gibraltar at 12 p.m.

I was so elated to get a glimpse of The Rock as we approached the borders that it took me a few minutes to realize the bus wasn’t moving. In fact, the bus didn’t move for another 45 minutes. We were stuck in a traffic jam at the border. Alejandro finally informed us of the reason.

Apparently the main road into Gibraltar proper crosses the airport’s runway. So whenever an airplane lands or takes off, all border traffic has to be stopped. I found it so amusing that I managed to get some video as our bus crossed the runway.

Ninety minutes later, our bus officially arrived in Gibraltar. And this is where the fun really begins. A woman claiming to be with the tour company snapped people’s photos as they were getting off the bus. She planned to sell these photos to the people at the end of the tour.

Yep, you can guess how many people want to buy a ‘no warning’ photo of themselves getting off a stinky bus after a four hour bus ride. We’ll just say she didn’t sell many photos that day.

By now, it was 1:30 p.m. This is when Alejandro informs everyone that the bus will be leaving at 3:30 p.m. Yes, 3:30 p.m. I just spent four hours on a bus and I’d only get to two hours to explore a city I’d been dreaming of exploring since I in elementary school?

Oh well, not much I can do about it now, just accept and go explore. First up, a tour of the actual Rock of Gibraltar.

There are only so many words to describe the beauty of Gibraltar, so I’ll just let you watch and experience it for yourself. Ignore the commentary and just enjoy the view.

‘THE AWAKENING’ AT ST MICHAEL’S CAVE

The one highlight outside seeing The Rock was the short visit to Old St. Michael’s Cave and ‘The Awakening.’

St Michael’s Cave is the name given to a network of caves located within the Upper Rock Nature Reserve. The cave is believed to be bottomless, and I wasn’t in the mood to try and disprove this belief. During World War II, the cave was prepared as an emergency hospital that was never used.

The most fascinating thing inside the cave was ‘The Awakening,’ an immersive light and sound installation. This was truly beautiful and was the true highlight of an otherwise dismal trip.

I had exactly one hour after the tour before we had to be back on the bus. I figured I should get something to eat before the long bus ride back to the resort. There were plenty of food stands around, but I like to sit down and relax when I eat my meals. Luckily, I found a nice little restaurant called The Horseshoe.

The Horseshoe’s menu intrigued me, so I thought it would be a great place to eat.

It can be humbling to be so wrong sometimes. And sometimes, it’s just maddening. I entered the restaurant and inquired about a table. I asked if they were still serving due to many restaurants having different hours in response to COVID.

Imagine my surprise when I was rudely told, “We Don’t Do Food, go somewhere else.” I thought I’d misheard, but the gentleman practically yelled it at me again, so I left. I even told a few people on my way out not to eat there either. I have no desire to give money to rude restaurateurs. 😡

THE GIBRALTAR ARMS — Overall rating: 3 out of 5 stars

Still hungry, I walked across the street to The Gibraltar Arms restaurant. Their menu didn’t have the variety The Horseshoe’s did, but I found something worthwhile to try. Their customer service was awesome. The food was decent and had flavor.

The Classic Prawn Pil was served sizzling hot and it had decent flavor. The bread was flavorful and went well with the Prawn Pil. The slice of apple pie was edible, though the apples were too crunchy for my taste.

I concluded my short exploration with a quick photo safari before heading back to the bus. Thankfully, there were no major incidents on the way back to the resort.

Yes, this was the worst day trip I’ve ever experienced, but there was a silver lining.